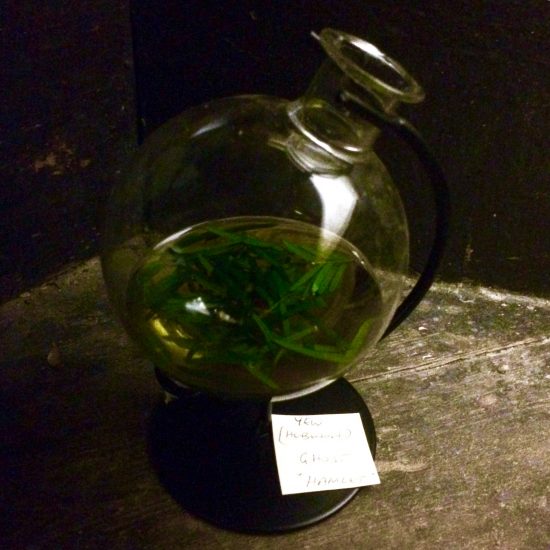 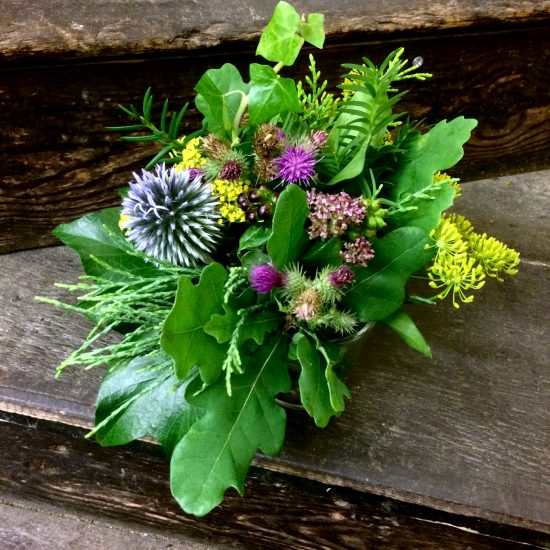 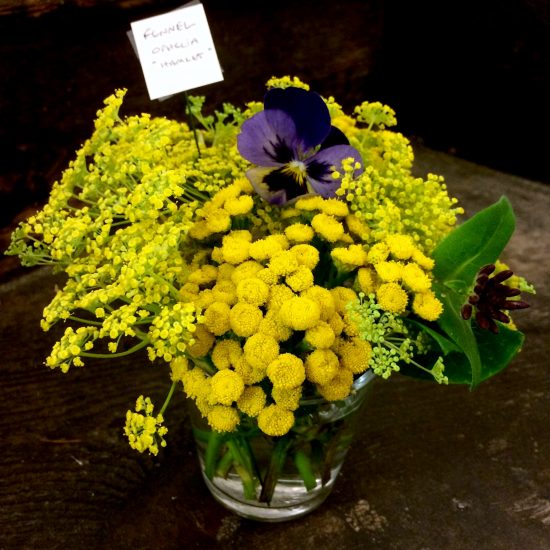 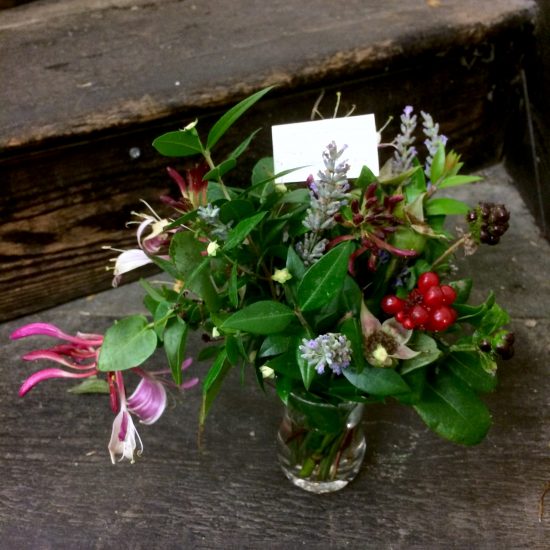 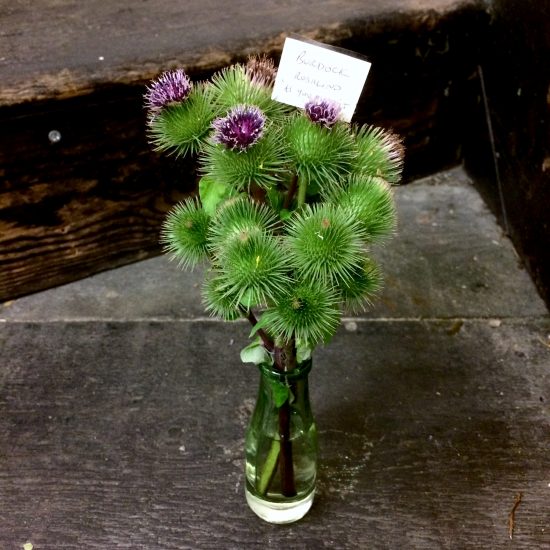 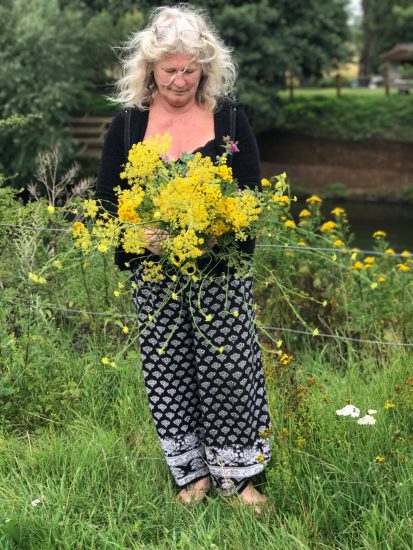 Foraging for flowers mentioned in Shakespeare’s work has been our project of the week. It has been great fun.
I was given a copy of Gerit Quealy’s beautiful book, Botanical Shakespeare, so I could do the reaearch required and compile a list of possible flowers and foliage, (and fruit and vegetables) available at this time of year to obtain for an event at The Sloane Club on Thursday, hosted by Country Life Magazine.
It was too late in the year for the lovely spring meadow flowers, such as violets and crocuses, but many of the vegetables and herbs are now flowering, so we had alliums, fennel, lettuce – and beautiful blackberries and elderberries, as well as some lovely little mushrooms!
Burdock and erigons kept company with scented bachelor’s buttons – also known as scented fern, or tansy.
Shakespeare gave the flowers and foliage a magical property – from the lethal hebenon in Hamlet to the scented herbs and roses in A Midsummer Night’s Dream. The turnip and the burdock are all about love and courtship. How wonderful that we still have them around us to bring this era back to life!
The book has beautiful illustrations of all the flowers, foliage, fruit and vegetables in Shakespeare’s work, and they are listed by play and by character.
Emily Carding, http://onewomanrichard.weebly.com gave a mesmerising performance at the book launch on Thursday. Emily will be performing at The Edinburgh Festival in August.
If you would like a copy of the book, go to botanicalshakespeare.com